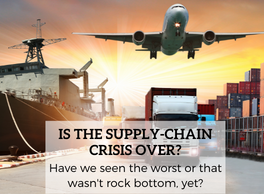 Is the Supply-Chain Crisis Over?

We all expected that as the Covid-19 vaccines came out and started to be distributed around the world, we would surely go back to normal – or at least we hoped. And by normal in the supply chain, I mean delays here and there, but not globally. To the surprise of all, we were hit with a few variations of the virus, a huge surge in online orders due to boredom that clogged the supply chain, already fragile as we experience a labor deficit, and a war that is complicating things further.

When we Thought Things Were Starting to Get Better

The auto industry was in fact reporting a steady recovery from Q4 2021 to Q1 2022 and they expected the following months to be brighter for them. Little did they know that the Russia-Ukraine war would set them back to the beginning. The two countries involved don’t manufacture computer chips but Ukraine has the biggest reserved neon gas, used in its manufacturing.

Russia Made the Move We All Saw Coming

More than a million containers due to travel to Europe from China by train—on a route that goes through Russia—must now make their journey by sea as sanctions bite. Russia’s invasion of Ukraine has also severed key supply lines for nickel, aluminum, wheat, and sunflower oil, causing commodity prices to skyrocket. Countries in the Middle East and Africa that rely on produce from Ukraine are likely to experience serious food shortages in the coming weeks and months.

On the other hand, China’s 2022 lockdowns due to another variant of Covid-19 made the supply chain take a few steps backward, shutting down the hopes for a 2022 recovery year. At the city’s port, Shanghai-Ningbo, more than 120 container vessels are stuck on hold. In Shenzhen, a major manufacturing hub in the country’s south, trucking costs has shot up 300 percent due to a backlog of orders and a shortage of drivers following the introduction of similar Covid restrictions. Major ports the world over, which used to operate like clockwork, are now beset by delays, with container ships queuing for days in some of the worst congestion ever recorded.

Inflation is Affecting Everything and Everyone

Inflation is rising to levels that are much higher than we have experienced in the last three decades. Even if inflation has now peaked, a slower-than-expected slowdown implies that taming inflation will take longer than expected. To reduce inflation down to a benchmark target rate of 2%, the Federal Reserve announced interest rate hikes in March and May, with five more likely to come in 2022. These hikes increase the cost of borrowing, which can slow down economic growth.

Is there a Recovery of the Supply Chain on the Horizon?

Some economists argue that the convulsions in the shipping market will encourage U.S. manufacturers to shift more of their outsourced work from Asia to Mexico. But that’s a long-term fix. In the near term, experts say that repairing the supply chain will require addressing every part of it, rather than focusing on just one part of the process. 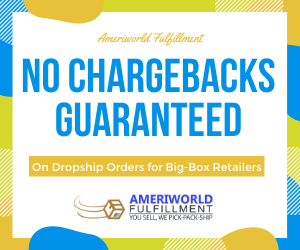